skip to main | skip to sidebar

Father drugged then killed his two children during divorce

Security guard Brian Philcox drugged his two children before killing them and himself on Father's Day after leaving explosive devices designed to injure their mother who was divorcing him.

Amy and Owen Philcox: Philcox used chloroform and a sleeping drug to sedate the children before connecting a vacuum hose to the vehicle's exhaust to kill them all Photo: PA

Brian Philcox, 53, sat hand-in-hand with his daughter Amy, seven, and son Owen, three, in the back seat of his Land Rover as it filled with fumes.

He had left a letter for their mother addressed to "The Bitch" which was designed to detonate fireworks when opened and cause burns to anyone nearby.

The children had been happy at the thought of spending the weekend with him and were carrying home-made Father's Day cards for him.

Philcox, a karate expert, executed his plan to die with the children after becoming "stressed and depressed" through the estrangement with his wife Lyn.

Two crude but viable home-made explosive devices were meant to be found by her, an inquest in Llandudno was told. The one with the letter was left glued to the kitchen worktop at his home in Runcorn, Cheshire.

Philcox used chloroform and a sleeping drug to sedate the children before connecting a vacuum hose to the vehicle's exhaust to kill them all at a North Wales beauty spot.

The inquest in Llandudno found that he unlawfully killed the children and took his own life last June after parking at a remote spot near the village of Maenan in the Snowdonia national park.

After the hearing, the children's mother Lyn McAuliffe, 38, described him as "a cold blooded, pre-meditated killer".

She added: "I will never forgive him for taking the beautiful lives of Amy and Owen."

Philcox had picked the children up from near their mother's home in Runcorn for an access visit during the divorce proceedings.

He failed to return them as agreed on the Saturday night and sent her a series of texts, one which read: "There is nothing I can do. It is out of my control. I am sorry."

Miss McAuliffe told the inquest she thought he had been talking about the car and could never imagine him harming the children.

John Gittins, coroner for north-east Wales, said he was confident Amy and Owen would simply not have known what was happening and would not have suffered.

He told Miss McAuliffe: "When he took Amy and Owen from you, I am sure that his intention was that they would be lost to you for ever.

"But he failed because their lives are imprinted on your heart. They will endure and be part of your for every single moment of the rest of your life."

The couple married in 2000 but his relationship with her son Ryan, then ten, was "bad from the word go".

She said Philcox stopped him from going out with his friends, resented Ryan's presence in the house and things became worse after their children were born.

When the marriage broke down she went to live with her mother, taking the children with her, and started divorce proceedings on the grounds of his unreasonable behaviour.

Philcox once took the children away for three or four days without agreement and the couple had to go to court to arrange agreed access.

On the night of the deaths, she received a text message instructing her to go to his house and find a note. Her sister went and found a note glued to the kitchen work surface addressed to "The Bitch".

Miss McAuliffe opened it herself and found only blank sheets of paper. But police who searched the house later found a home made explosive device in the cupboard underneath.

Experts confirmed that the ripping of the glued note was meant to trigger the device which would have resulted in burns to anyone nearby.

Police also found a similar device under the kitchen table and Lyn's son Ryan was sent a third device which arrived in the post on the Monday morning.

Miss McAuliffe said: "Since Amy and Owen died my life has been a constant nightmare. I feel I cannot cope - I just exist.

"Christmas was particularly hard and recently both Amy and Owen would have celebrated their eighth and fourth birthdays.

"It is the little things I miss about them like lying in bed reading bedtime stories - putting on different voices representing the characters in the book. They loved that."

She said Amy was "very artistic" and loved painting mermaids and butterflies while Owen liked Thomas the Tank Engine and chasing people around the house with his toy dinosaurs.

Posted by MamaLiberty at 11:24 PM No comments:

Disgusted with the system: Parent Alienation Leaves bruises deep inside

Disgusted with the system: Parent Alienation Leaves bruises deep inside 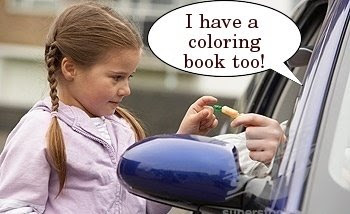 THERE IS A GROUP THAT IS HANDING OUT COLORING BOOKS FOR CHILDREN FOR SENSITIVE SUBJECTS AS DIVORCE, EATING HEALTHY AND THE ALL IMPORTANT, “PARENTAL ALIENATION SYNDROME”….IT’S NOT JUST SICK IT’S WRONG…THE DESCRIPTION:

“Taryn is a little girl whose parents are divorced. Lately, she has been hearing some very confusing things. With no one to talk to, Taryn turns to her closest friend, Noodle. Read how Noodle answers Taryn’s questions and provides comfort. This coloring and activity book deals with the sensitive topic of Parental Alienation.”

TARGET IS THE PERFECT WORD TO DESCRIBE THE PRODUCT BECAUSE THAT’S WHAT PAS DOES. IT TAKES ITS PSEUDO-SCIENTIFIC THEORY AND TARGETS PARENTS, MORE MOTHERS THAN FATHERS.

I AM THINKING OF BUYING “THE VISIT” WHERE:
“What is it like to visit a jail? What are some things you might see inside a jail? See how Tyler, a little boy who is about to visit his father in jail for the first time, finds out. Was he scared? You bet he was, but as Tyler learns just how scary jail can be, seeing the one you love can make all those scary feelings melt away. Available in English and Spanish”

VISITING DAD IN JAIL FOR THE FIRST TIME…REST ASSURED TYLER…DADDY WILL PROBABLY BE IN THERE AGAIN.

Posted by MamaLiberty at 9:52 PM No comments:

Hell is for Gardner 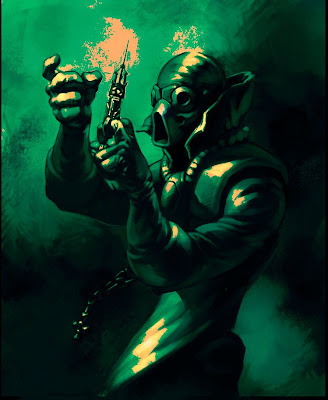 Time for you medicine Dr. Gardner

Below you will find in the pro-pedophilia doctors words. The late Dr. Gardner offed himself by stabbing himself several times in the neck and heart. Dr. Gardner's pseudo-scientific malady is being abused by fathers in court to take children away from their mothers. First read what Dr. Gardner says and then in read the other comments in red that another researcher of PAS has made. More to come on this subject at PAS needs to be eradicated from Family Court as it is not recognized by the APA ( American Psychological Association) and is not in the DSM (Diagnostic and Statistical Manual of Mental Disorders)

Dr. Gardner's junk science should have been buried with him and until it does mothers and children will be victimized.

Posted by MamaLiberty at 11:24 PM No comments: